For travelers who are considering going on a trip to Italy, there are tons of must-see places to visit. The country was able to preserve even its oldest castles, which have become homes to celebrities of the nation. Instead of sticking to a food joint in Italy, learn its extensive history by checking out Kingdom constructions which are prominent representations of ancient times.

Italy does not only offer churches or ruins, it also has some of the most captivating castles in Europe. What made these majestic sights most visited is their intriguing history, which you can also unravel yourself.

This castle is called Brunnenburg in German. You will find this beautiful castle around Tyrol. History shows that it was built in 1250 under the command of Wilhelm Tarrant. As a tourist, you will find non-permanent exhibitions and animals in the castle houses. In 1974, the castle was even opened as an agricultural museum.

In the mid 20th century, the castle was renovated by Boris and Mary de Rachewiltz. Mary de Rachewiltz, daughter of poetry legend Ezra Pound, developed The Ezra Pound Centre for Literature in the castles. As a result, students worldwide were given the privilege to study her father’s works in their home. Temporary housing was even given to scholars in a large guesthouse of the castle.

This is a clifftop castle found in the most inhabited island of Tremiti. It was built approximately in the 15th century. According to history, this has been a defense of the Badia castle. This could be proven with the clever construction of the castle. One good example is its high walls, which can be regarded impregnable.

By visiting this castle, you can have a spectacular view of the Corsican Diomede-aligned village sheds. You will find this area facing Corsican and Roma.

You will find this castle in Megaride, an ancient island that is now a peninsula. The southern Italy castle got its name from a Virgil hiding “love” in the form of an egg, specifically during the dungeon age. This egg is considered magical, which keeps the castle protected. Some say otherwise, especially now that it was re-built in the 12th century by the Normans.

The castle is located in Valle d’Aosta’s autonomous region and was built in the 13th century. Similar to the former castle, you can learn how Italian kingdoms guard themselves against enemies by making their homes sturdier. However, this castle will not fall short in wonderful adornments.

The construction you will see is already the 14th and 15th-century upgrade of the castle. During your visit, you will see tons of decorations of the noble families who resided in the castle. Among its most popular features are murals of St. George slaying a dragon.

You will find this castle midway between Geneva and Milan. It is considered as a blockhouse and a castle as well. The castle was built in the 19th century by the Savoy dynasty. Three different stages of construction were utilized for its development. Its top area can be entered using a lift.

The castle has an absorbing structure since its altitude varies from 400 to 467 meters. This construction became a historic path between France and Italy. In the 1990s, the fort was closed, which was followed by an intensive restoration. In 2006, Fort Bard was opened as the Museum of the Alps for tourists.

The castle is located in Lake Garda. It was named after Verona rulers who were present from the 13th to 14th century. Visitors found the castle incredibly beautiful and intriguing. This is due to Goethe’s arrest in 1786 for creating the castle’s shady illustrations.

Others also call the construction as the Castle of Sirmione. Until now, it is among the most preserved castles in the country. Since the castle is surrounded by water, you can only access it through a drawbridge. Scaligero Castle is a good representation of lacustrine architecture given that even its walls enclosed a part of the lake.

Many English literature enthusiasts are familiar with this castle. It is located in the sea, which makes it incredibly picturesque even at night. Nonetheless, you will find it somehow creepy in the evening. This eerie feeling was somehow reduced by the city lights reflected by the water, illuminating the castle entirely.

People consider this a ruined castle perfect for romantic moments. It is found around Trento and developed in the 14th century. The count of Tyrol built this castle but was burned in the 1600s. Afterward, the Count of Saracini reconstructed it in 1670. Although only the remains of the castle are visible to visitors, it is still a must-visit in the country provided the surrounding green valleys and Trentino’s unique dishes.

Ruined or restored, Italy’s castles are surely among the best places you would not want to miss when visiting the country. You will not only bring history home but you will also have an unparalleled experience in walking through the armed conflict and aristocratic lives of nobles. 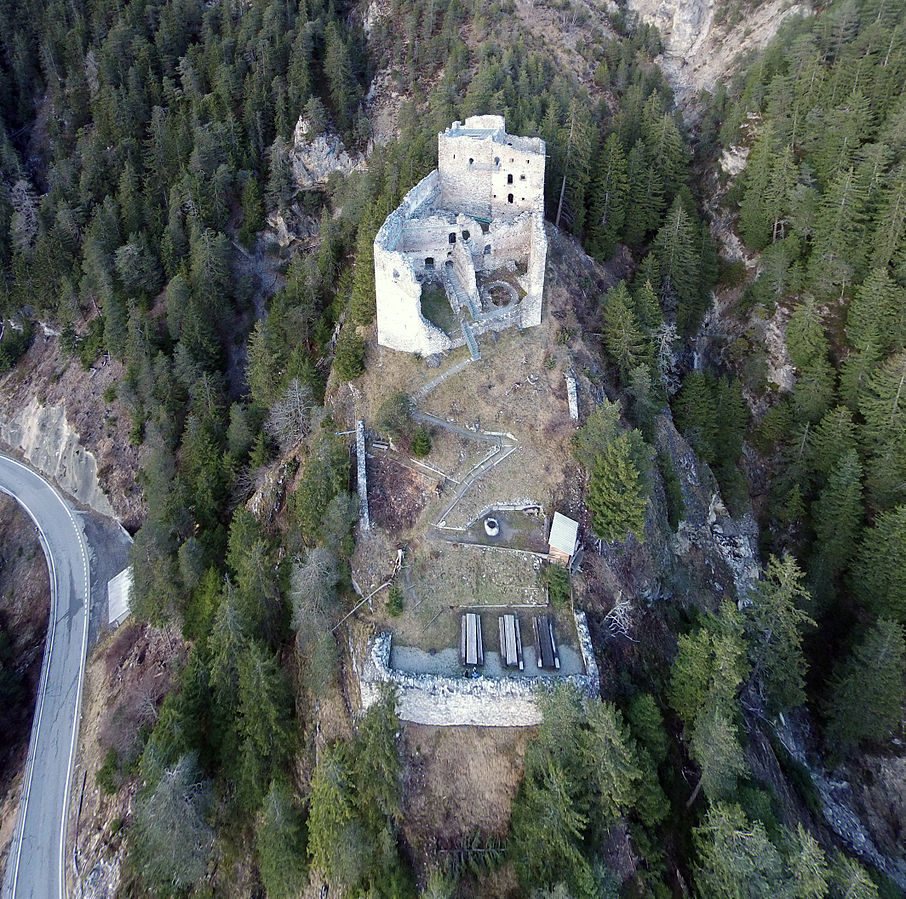