Tragic deaths continued to occur in the home as if the home itself were cursed. Peter J. Gessner was a gambler and a partner in several businesses in the Seattle area. He had Georgetown Castle, a Queen Anne designed three-story home, built in 1902 for his wife, Anne Elizabeth, and their three children.

The couple separated before the house was completed and as a result never lived in the beautiful home together. Gessner and a servant took up resident in the house. Within a year of finishing the house, Gessner killed himself by drinking carbolic acid. The liquid burned not only his lips and face but also his throat and internal organs. His body was found covered on the bed of the first floor back bedroom.

A local newspaper, Seattle Post-Intelligencer, mentioned that Gessner discovered that his loving wife was involved in an adulterous relationship with Edward J. Ward, yet another partner. Seattle Times, another paper, claimed Peter Gessner died from a broken heart.

Anne went on to marry Ward within months of her first husband’s death. In 1912 she sold the Castle, and over the years there have been a vast array of owners. The property has also been a social club as well as a brothel. During the Georgetown Castle’s time as a brothel, it was voiced around town that a prostitute named Mary Christian was killed there.

By1970 the home had become shabby and rundown. New owners moved in and tried to make improvements. In 1978 it was re-opened to the public as Castle Inn Catering, but that also closed within ten years. The current owners purchased the castle in 2004, restoring the home to its former glory. At the present time it is a private residence, not open to the public.

According to the present owners the home is, without a doubt, haunted, for they and their guests have had personal experiences in the castle. A woman has been seen on numerous occasions. There are two theories as to who the woman might be.

Is the apparition Mary Christian, the prostitute murdered by a client or lover? Or could she be Sarah Gessner, the wife of George Gessner, one of Peter’s sons. Sarah is believed to have been impregnated by another man and George was irate over the affair and the child. It is alleged by many that he killed the baby and buried it under the porch. It is suspected that the ghost in the castle may be Sarah, remaining to watch over her baby. 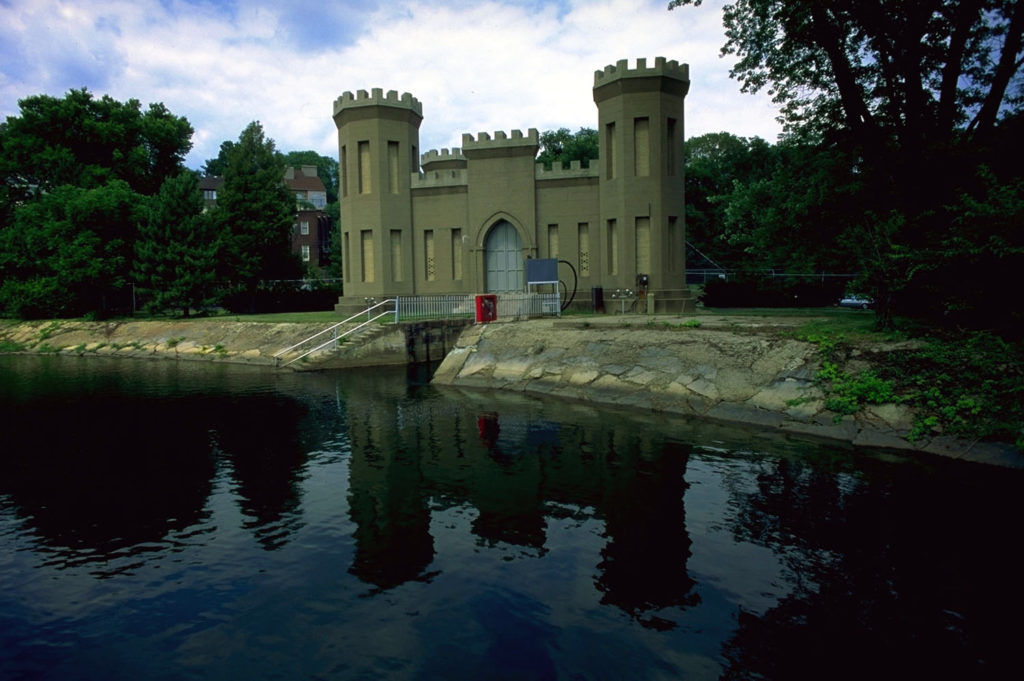